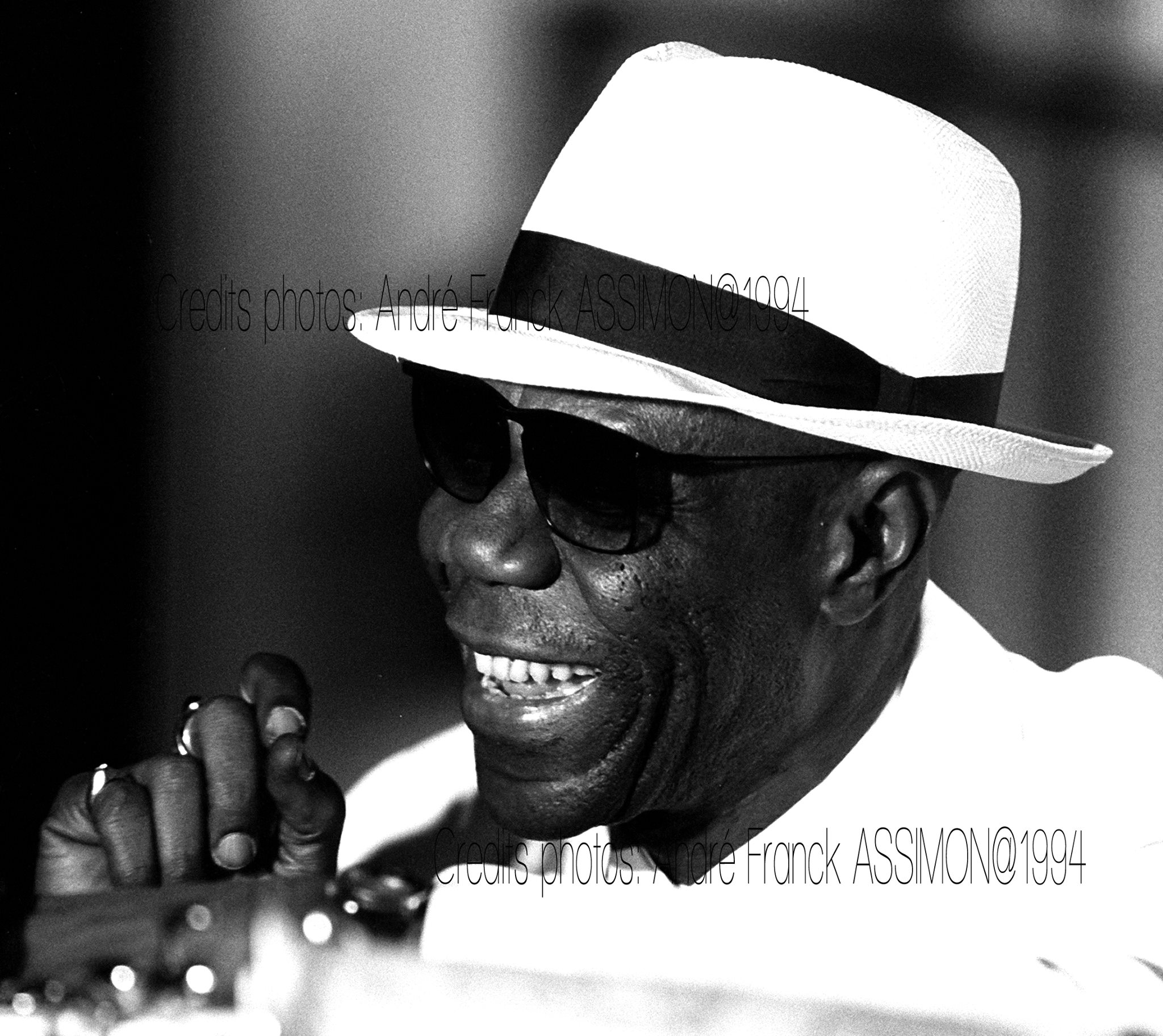 An observer once described a musician as someone who can play at least, one musical instrument. We may argue that there are scores and scores of musicians, some of whom are so renowned, that do not play any instrument, yet sing so well.

Good and reasonable argument may be – but if we reduce music to only singing, then, we are getting it all wrong. Wrong because as it stands, virtually every human being can sing. By that, we mean God created man with music – otherwise, music came along with creation. And so, whatever sound comes from a man, could be considered music – even a hum, a scream and what have you.

Does this automatically make you a musician? Difficult question!

If Manu Dibango became the legend he was and still it, it is largely thanks to his solid attachment and immeasurable skill in the SAXOPHONE. He got married to this instrument and displayed a fantastic knowledge of it for more than five decades. In fact, Manu was synonymous to the saxophone and he caused many people to love this instrument.

The musicians of Manu’s generation displayed a similar behavior towards respective musical instruments. To them, the journey of music started with an instrument. A good number of them started from an instrument before reaching to the microphone to sing.

Who would forget that Prince Eyango, the makossa icon, started his career as a guitarist way back in 1979? Before releasing MAIMOUNA, his first album in 1989, Maurice Njoume had been a dexterous guitarist for Lapiro De Mbanga, himself a talented player of the instrument.

When Manulo, author of FUNDAMEN, San Fan Thomas, author of AFRICA TYPIQUE COLLECTION and Gilly Ndoumbe, author of THINGS LIKE THIS got on the guitar, their fingers ran and smiled on the instrument – just like those of Eboa Lotin, Zamzibar of the Tete Brules band, Ekwe Silo, Kotto Bass, Jean Paul Mondo, all of blessed memory. Mbida Douglas and Marco Mbela sang so well, but their piano skills spoke more.

Over in the DRC, some of the leading singers were also great instrument players. While Diblo Dibala and Dally Kimoko are some of the greatest guitarists the continent ever produced, Mark Macaire created an indelible mark with the drums. Examples abound!

The interesting twist about this discourse, is that these musicians worked with live bands in the studio during recording and produced some of the most complicated tracks in the history of African music, be it Makossa, Zaiko, Soukouss, Bikutsi, Highlife and you name them. They would spend long weeks and at times months in the studio and upon coming out, their products were masterpieces.

Fast-forward to today – in contemporary times, things have changed. Today, the description of a musician, is the one who can do a track faster by just singing a few lines and the computer takes care of the rest. Then, once they have uploaded the single track on YouTube and have had a hundred thousand views in two days, they are superstar.

Superstar with no knowledge of any musical instrument, for, their own guitar, piano, saxophone, trumpet, konga, violin, and other instruments, are carefully programmed digitally. All the musician needs to do is to show up at the studio and sing a few lines or record those lines on their phone and email to the producer and the next day, the track is ready to hit YouTube. No effort, less use of skill, no stress!

In an interview some weeks ago, an artist revealed to this commentator that he recoded his song, a track that won him an award, for just 45 minutes in the studio. What a revelation! But, ainsi va la musique d’aujour’dhui. Should we describe this as laziness? Perhaps, if we do, reminded that times have changed.

Changing times indeed – but those changing times did not deprive Manu Dibango from staying at the apex – if he is still celebrated today the way he is, it is because he turned a musical instrument into a great thing. That was unique, reason why he distinguished himself.

Should our artists today only rely on singing which is so common and everyone noted for? Can’t some of them attempt an instrument and create a different scenario just like the legendary Manu did? Can Manu’s example be worth emulating? Can music return to the days of live performance? Can music be a little be natural once again and not all artificial? Can some artists of this generation step into the shoes of Manu Dibango?

These questions may or may not require answers and without saying young musicians must play instruments but doing so will always remain part of the art, even in the most digitalized era.

May Manu Dibango’s legacy be an inspiration to generations after him!