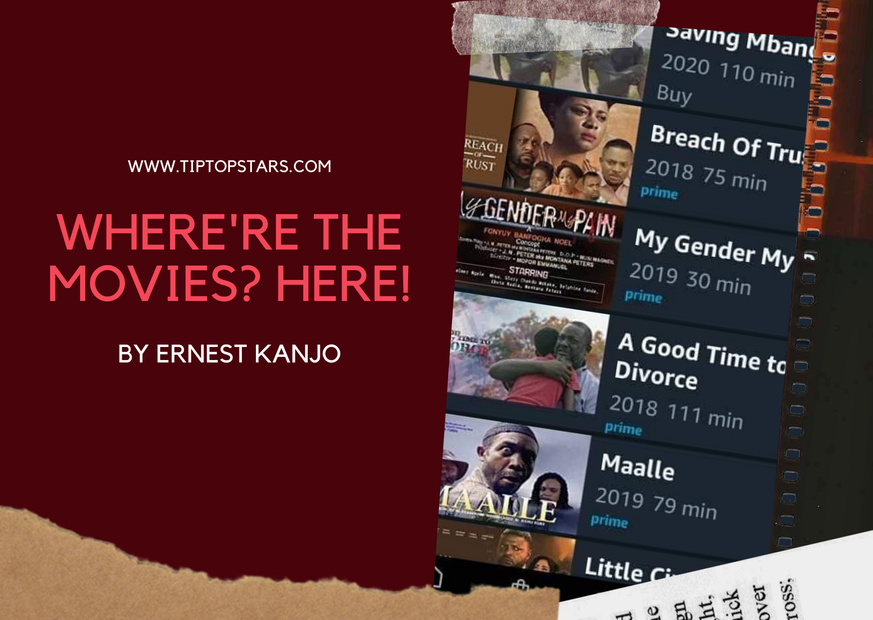 Many more Cameroonian movies have been made, released, premiered and written about, than they have been watched. This has been a long-standing worry, expressed by film lovers, over the years. “How can we have famous actors, producer and directors whose works we have never seen,” Andin, a Cameroonian living in Dayton, Ohio, USA had rhetorically put it to this writer. “I’ve seen countless beautiful movie posters and pictures taken on movie locations, yet, I haven’t watch a single one,” she confessed further.

To Akih, Columbus, Ohio, USA resident, there is nothing to prove that a movie exists, if it is never available to purchase and watch. She explained: “I have watched a few Cameroonian movies on YouTube, but what about the scores of others, advertised over the years?” “Each time a movie is premiered with flowers and color, my next desire is to watch it, otherwise, it makes no sense.” She had said.

Just like Andin and Akih, scores of other Cameroonian movie lovers would and have expressed similar feelings.

For the past couple of days, there seem to be indications that this worry may soon be a thing of the past. This follows the appearance of some of the highly publicized Cameroonian movies in recent times, on Amazon Prime Video, so far, the biggest online movie streamer after NETFLIX.

As we write, eight Cameroonian movies have made it on Amazon Prime Video – Saving Mbango, A Good Time To Divorce, Breach of Trust, My Gender, My Pain, Maalle” and most recently Little Cindy.
“Getting my movies on international platforms has always been my goal, but more so because I want people to watch, enjoy and comment on them. So, to have Little Cindy on Amazon Prime Video, is an accomplishment to me,” Billy Bob Ndive Lifongo, producer and director of “Little Cindy” told TIPTOPSTARS.

“We make great movies now and before you know it, we’ll be having them on NETFLIX,” the Cameroonian filmmaker said with confidence.

Earlier, Stephanie Tum, producer of Saving Mbango had expressed overwhelming feelings with the reaction of her people who have watched the movie. “I have never experienced such support,” she pointed out, emotionally.

Meanwhile, the first ever Cameroonian movie on the streamer, Breach of Trust, got on Amazon Prime Video in October 2018. Produced by Roseline Fonkwa, Breach of Trust is directed by Nkanya Nkwai (also director of A Good Time To Divorce) for the Cameroon unit of the production, starring Brun Njua, Epule Jeffrey, Ruth Nkweti and Nchifor Valery. It also features Gudisz Fungwa, the male lead in Saving Mbango.