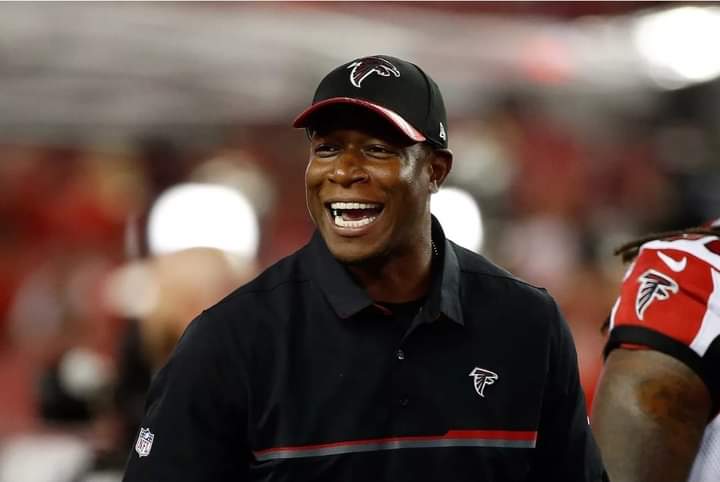 Morris has coached on both sides of the ball in Atlanta. He was the head coach of the Tampa Bay Buccaneers from 2009 to 2011, finishing with a 17-31 record. Now he takes over an 0-5 Falcons team.

“Raheem is a strong leade,r and a talented coach that has adapted to a variety of roles since joining the Falcons in 2015,” Falcons president and CEO Rich McKay said in a statement. “He has experience as a head coach and has worked on both sides of the ball. We felt that combined with his connection to the players and coaching staff, which will be an important factor as we move forward in 2020, he was the right person to give this responsibility to.”

Morris, who switched from coaching wide receivers last season to work with the defensive backs, was credited with helping the Falcons’ dramatic turnaround in 2019 following a 1-7 start. The team closed the season 6-2 to finish 7-9, essentially saving Quinn’s job for one more season.

Some viewed Morris, 44, as a potential head-coaching candidate this past offseason. One NFC team even inquired about bringing him in for an interview, although Morris never interviewed any other NFL teams.

Both Falcons owner Arthur Blank and Quinn gave Morris their blessing to pursue head-coaching opportunities, even after Morris was named the team’s defensive coordinator for 2020.

Quinn (Morristown NJ native) should not be unemployed for long as undisclosed teams have already been on the phone seeking info on the former head coach of the Atlanta Falcons.