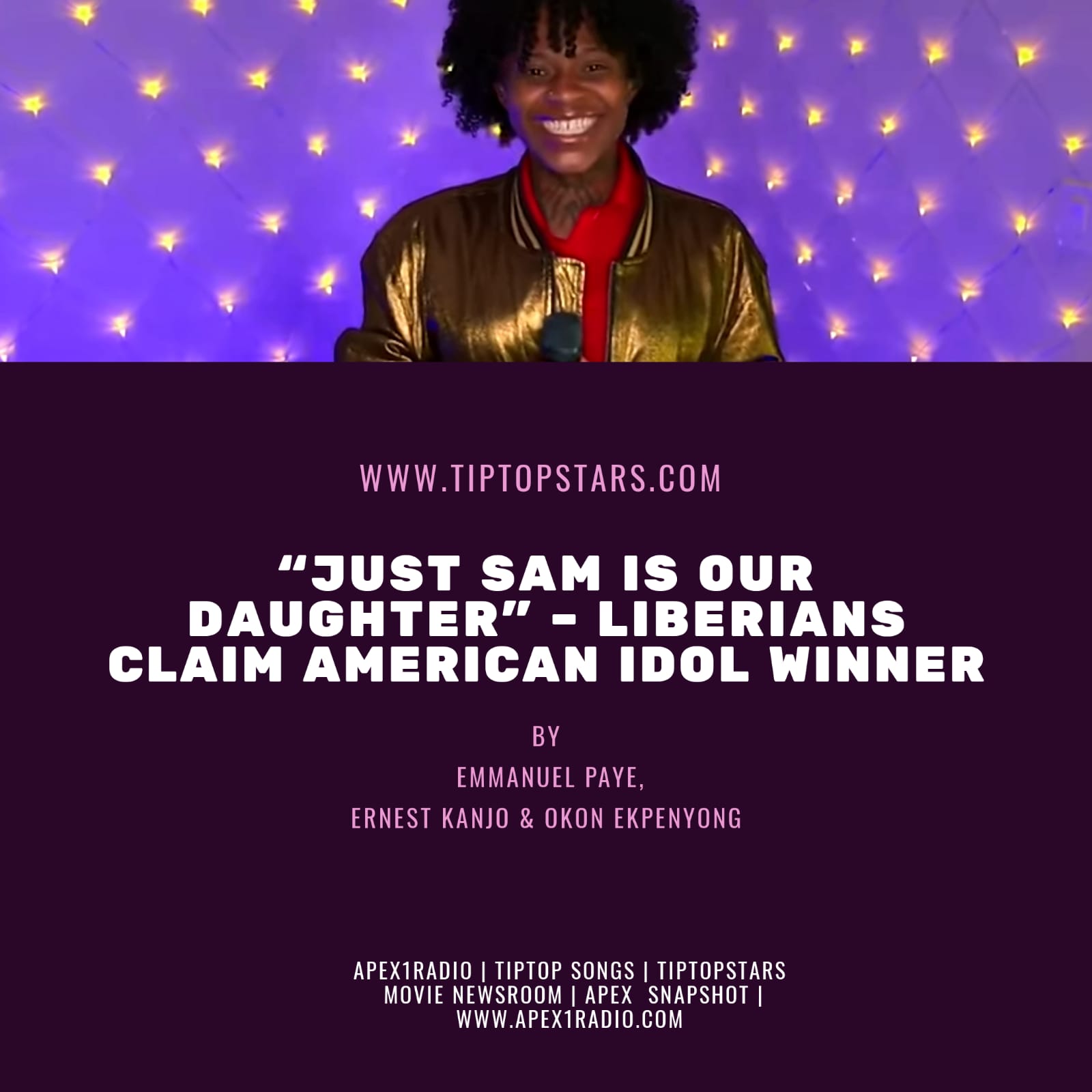 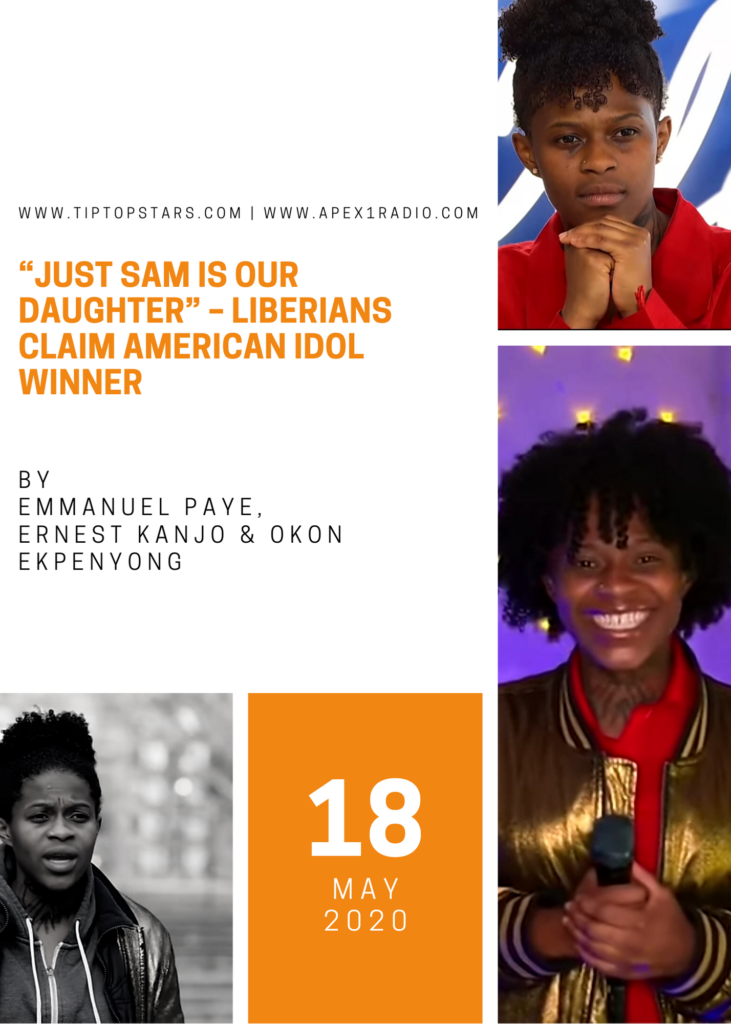 Sunday, May 17, breaking Monday, May 18, was one of the rare vigils Liberians had in a long while now. The ones who have been fans of AMERICAN IDOL and the many who never bothered about this renowned song competition, stayed awake, this time, with an uncontrollable level of anxiety. Reason – one of the finalists of SEASON 8 had a Liberian connection. Samantha Diaz aka Just Sam’s grandmother is Liberian-American and this meant a lot for the West African country, in AMERICAN IDOL SEASON 18.

“I had only partially been interested in American Idol over the years, but this time, Just Sam’s participation had me glued to the competition,” said Kpakelah, a 22-year-old resident of Chocolate City, one of Monrovia’s northern suburbs.

“To me, Just Sam was bearing Liberia’s flag at the contest and I had no choice, than to trail it to its end,” he added.

Just like scores of other young Liberians at home and abroad, Kpakelah and his three bosom friends, Siakoh, Varkpeh and Leemu, organized a Skype come-together, minutes to the pronouncement of the winner of AMERICAN IDOL SEASON 18.

“We had been certain that our contestant would emerge victorious, so, we wanted to have the kind of feeling we usually have during a football encounter,” Varkpeh explained to told TIPTOPSTARS.

The four youths exploded with joy upon the pronouncement of Samantha Diaz aka Just Sam as winner of the coveted song competition. “I couldn’t hold back my tears, more so because my girl, Just Sam came to AMERICAN IDOL from day one, crying and each time she did, it sent me sobbing as well,” Leemu told us.

To Siakoh, the young singer is gifted. “However, it was her passionate stance and determination that saw her through,” he said. And added: “Just Sam ran the race as though it was the first and last thing she would do in her career.”

Abroad, Liberians have expressed similar excitement, following the AMERICAN IDOL victory of a contestant whose adoptee grandmother is the reason the West African country holds tight to her. “Just Sam’s victory is a message that Liberians can always make it to the top,” Sianey told TIPTOPSTARS. The Liberian, resident in Cadiff, Wales, explained that she had seen Just Sam coming and knew she would make it. “For that reason, I encouraged my kids to follow the competition as a way of encouraging them to work hard to fulfil their dreams – it’s a big lesson,” she said.

“I’m more indebted to the young singer’s grandma who makes me proud to be a Liberian,” Kempeh told us from Minnesota. She went further: “To have adopted and raised a child to the point of the latter, fulfilling her dreams, is worthy of praise and she deserves whatever she’s getting today.”

Crowned as the first ever ‘at home’ winner, Sam Just emerged above Dillon James, Jonny West, Arthur Gunn, Francisco Martin, contestants at the finale. Her grandmother, Elizabeth, born in Liberia, was watching the contest live from New York. She burst in tears upon the pronouncement of Just Sam’s name. She had adopted Samantha Diaz and brought her up in the Black Mecca of the world – Harlem neighborhood in New York City. Sam got attached to music at an early age and has always dreamt of reaching higher heights in the art.

“We hope she’ll visit Liberia, if she hasn’t yet, to see the great country from where her beloved grandma hails,” an excited Liberian mentioned.