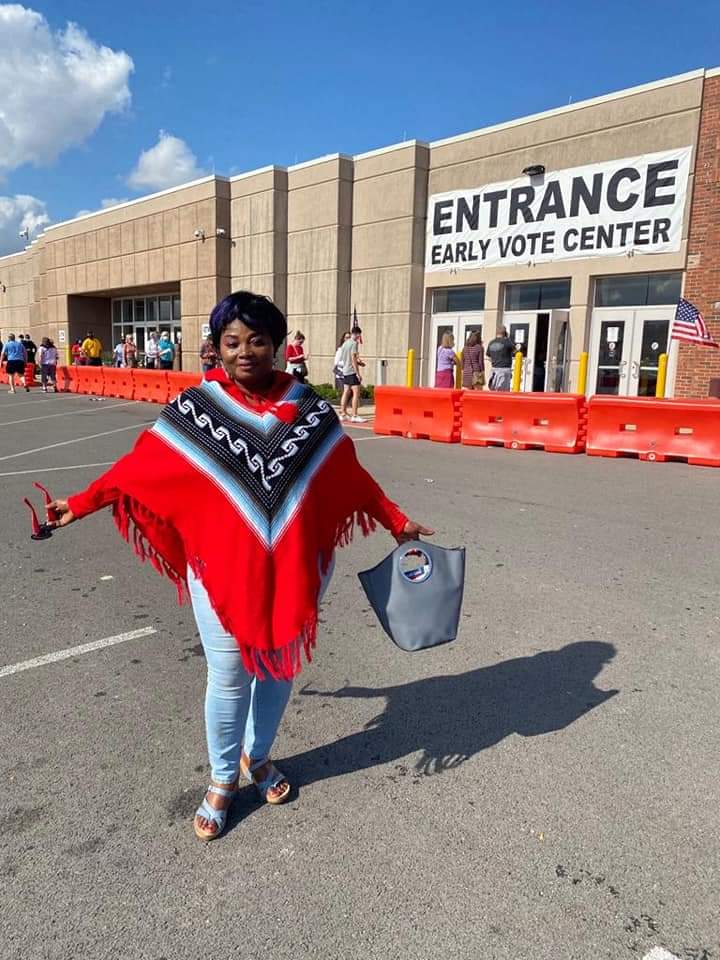 Apart from being the General Manager of Apex 1 Radio and a fine broadcaster, Gracee Boycee is a proud citizen of the United States of America. Unlike other days, Thursday, October 22, 2020, was different in her life. For the first time, she had to add her voice to the those of millions of Americans to decision-making through the ballot box. Consequently, Gracee was spotted among thousands of voters who showed up this day at the Franklin County Board of Elections to cast their votes in what has been described as early voting.

“It was a wonderful experience, given that it is the first time I am casting my ballot in an election in the United States – that makes me really proud of myself,” Gracee told The New Americans Magazine upon stepping out of the ballot room. The GM further said: “I’d encourage voters to come out in their numbers and perform their civic duty these early days in the process, regardless of the long queues, it runs really fast, thanks to good organization.”

Prior to voting, the Apex 1 Radio GM had expresses anxiety and excitement to taking part in this year’s elections, described as particularly important in the life of the history of politics in the United States. Back stage, she supervises 2020 RACE, a radio show that focuses on the elections, created in November 2019. “This show waters my appetite to vote, I can’t wait for October when early voting would kick off,” she had always told the editorial team of the show.

Meantime, early voting began on October 6, 2020 and over 50 million Americans have cast their ballots. The rest of the country goes to the polls on November 3, 2020.