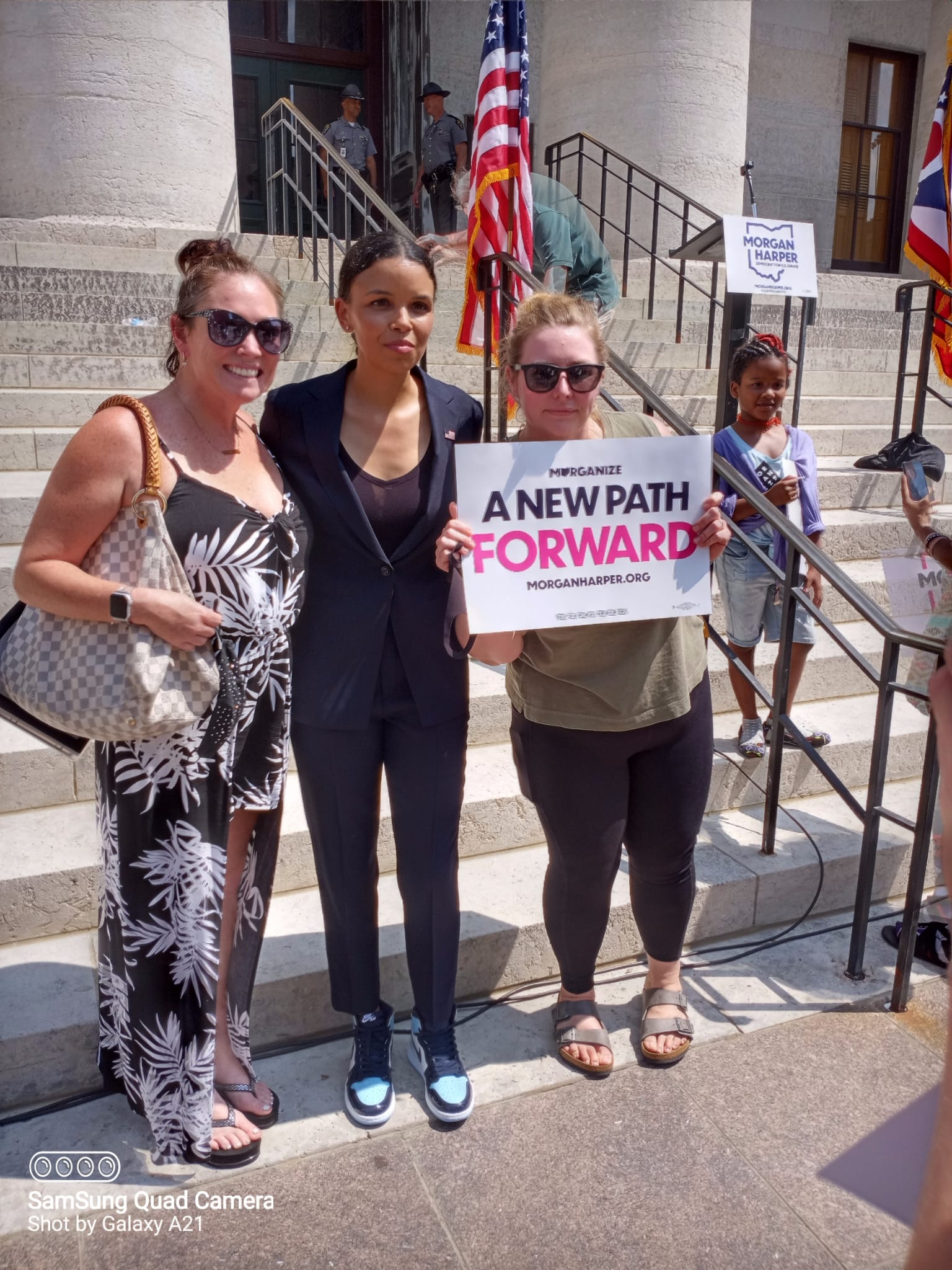 In the world of politics, even one defeat can seem like you have fallen seven times.  However, in Proverbs 24:16, we learn that we should never give up, and sometimes you have to lose to know what it is like to stand up tall. “Even the greatest falls seven times, they rise again, but the wicked stumble when calamity strikes.”

Like the story of David versus Goliath, David only had a sling and a pouch full of stone, and Goliath was equipped with a sword and a shield.  In the end, guess who ended up smiling after all; it was David. Yes, often we become victorious the first time we are doing something, and in other situations, it is usually not a walk in the park.

For example, running for office against an opponent with more experience in local and state government can seem to be a scary thing. And regardless of how many years a candidate spends forming connections with local and national community leaders, making a name for oneself in a district that often seems very divided between conservative’s and liberals’ values is about finding a balance at the end of the day.

It is one of the things voters look for when deciding between two opponents regardless of the party line. That’s why a candidate’s policy in the beginning and the end should always be consistent. However, politics is often about personal attacks from an opponent, and the media sometimes encourages such behaviors during election seasons. Yet, Morgan Harper, who just announced her candidacy for the Ohio U.S Senator race, is not afraid of those challenges.

November of 2019 is when I first met Morgan Harper. She was a candidate for the Ohio 3rd Congressional district. As a young reporter during that time, I felt nervous because they didn’t know who I was, and all I knew about each candidate was what I read on paper and heard on the streets. After a brief conversation with Harper at one of the events I attended, all I could think of was, “she is Rep. Alexandria Ocasio-Cortez, from New York, twin sister. Both are progressive democrats, endorsed by Justice Democrats, are against candidates taking major corporations’ money and appeal to the young millennials.”

Harper is the co-founder of “Columbus Stand Up,” an organization that puts money where their mouth is, meaning they are supporting various causes in the community. They provide masks, encourage residents to get the COVID-19 vaccine shots, showing up in rallies to support social changes, and are active throughout the year, urging voters to get out there and vote.

Co-founding such an important organization to help improve the community’s quality of life speaks volumes, but that’s not where her journey in public service began. At the federal level, she worked as a senior advisor under the former director of

She works with mothers who lost their loved ones to gun violence by urging elected officials to do more to address such an epidemic.

Harper understands that a candidate must travel throughout the state in the U.S senate race, appealing to conservatives and liberals voters. Some districts are rural areas, and some are urban. Meaning, there are different experiences an individual may come across living in both areas.

Nevertheless, Harper’s last race in the Ohio 3rd congressional district put her on the national stage despite losing to long-term incumbent Congresswoman Joyce Beatty. So, On August 18th, when the headlines read, Harper enters the U.S Senate race, almost every national media wrote a column about the announcement.

For an individual whose beginnings started in a foster care system but ends up in the U.S Senate race, it proves that your beginnings are not your ending.