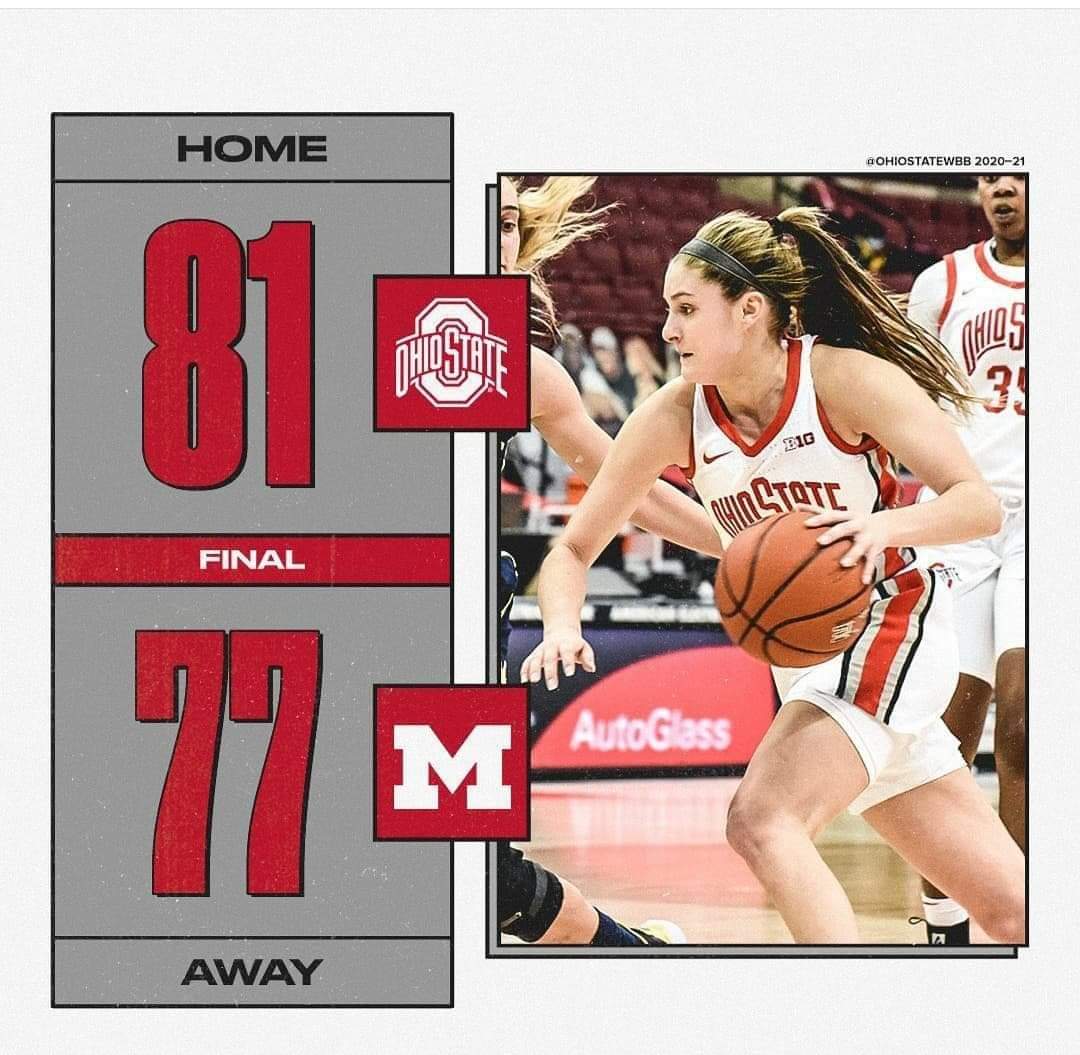 COLUMBUS, Ohio – In a grind-it-out team effort, No. 17 Ohio State handed No. 11 Michigan its first loss of the season in an 81-77 matinee on Thursday.

Six Buckeyes scored nine or more points in the game led by sophomore Jacy Sheldon with 20 points. Sheldon’s three-pointer with:45 seconds left gave the Buckeyes a 76-74 lead, and they never trailed the rest of the way.

Fellow sophomore Madison Greene finished with 15 points, while Dorka Juhasz added 14 points and seven rebounds in limited minutes due to foul trouble. Tanaya Beacham stepped into a starting role for the injured Aaliyah Patty, and she finished with 10 points and four rebounds.

Senior Braxtin Miller simply played hard, and she willed the team down the stretch. Miller finished with 10 points but grabbed a team-high eight rebounds and dished out a team-high five assists.

The story of the game was Michigan forward Naz Hillmon. She scored a school-record 50 points and grabbed 16 rebounds. But just four Wolverines scored in the game, and they were just 2-of-20 from long range.

Ohio State led by four at the break and pushed the lead all the way out to 16 points at 63-47 with two minutes the play in the third quarter. The Buckeyes looked as if they would cruise home for the win. But Michigan’s defense stepped up in the fourth quarter.

The Wolverines opened the fourth on a 13-1 run as the Buckeyes missed their first six shots. A Beacham lay-in with 1:58 play was the first field goal of the quarter for Ohio State, and its only other field goal came on Sheldon’s clutch three with under a minute to play. The Buckeyes were 10-of-12 from the free-throw line in the final quarter.

The win was the Buckeye’s first over a ranked team this season. They will have another shot on Monday night as Ohio State welcomes No. 7 Maryland to Columbus. Tip-off is set for 7 p.m., and the game can be seen on ESPN2.