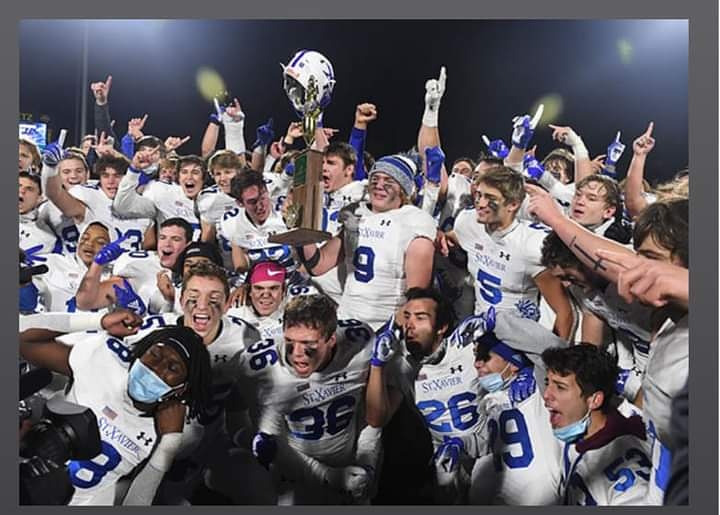 The Bombers also played a great game on defense lead by Grant Lyons.

Friday’s game was the first meeting between St. Xavier and Pickerington Central since 2016 when the Bombers beat the Tigers 29-27 in the semifinals to go on and defeat St. Ignatius (Cleveland) in a double-overtime thriller for the state championship.

Meanwhile, the Tigers came in averaging 257 yards rushing managed just 20 total rushing yards in the first half. A lot of that was credited to Lyons and nose guard Giovanni Albanese.

Pickerington Central got on the board with a 27-yard field goal at the start of the second quarter, but St. Xavier answered with two more touchdowns, including a 60-yard punt return by Gabriel Dubois.

Bomber’s coach Steve Spect in a post-game interview expressed how proud he was of these young men conquering all the craziness of 2020, and now they are state champions.