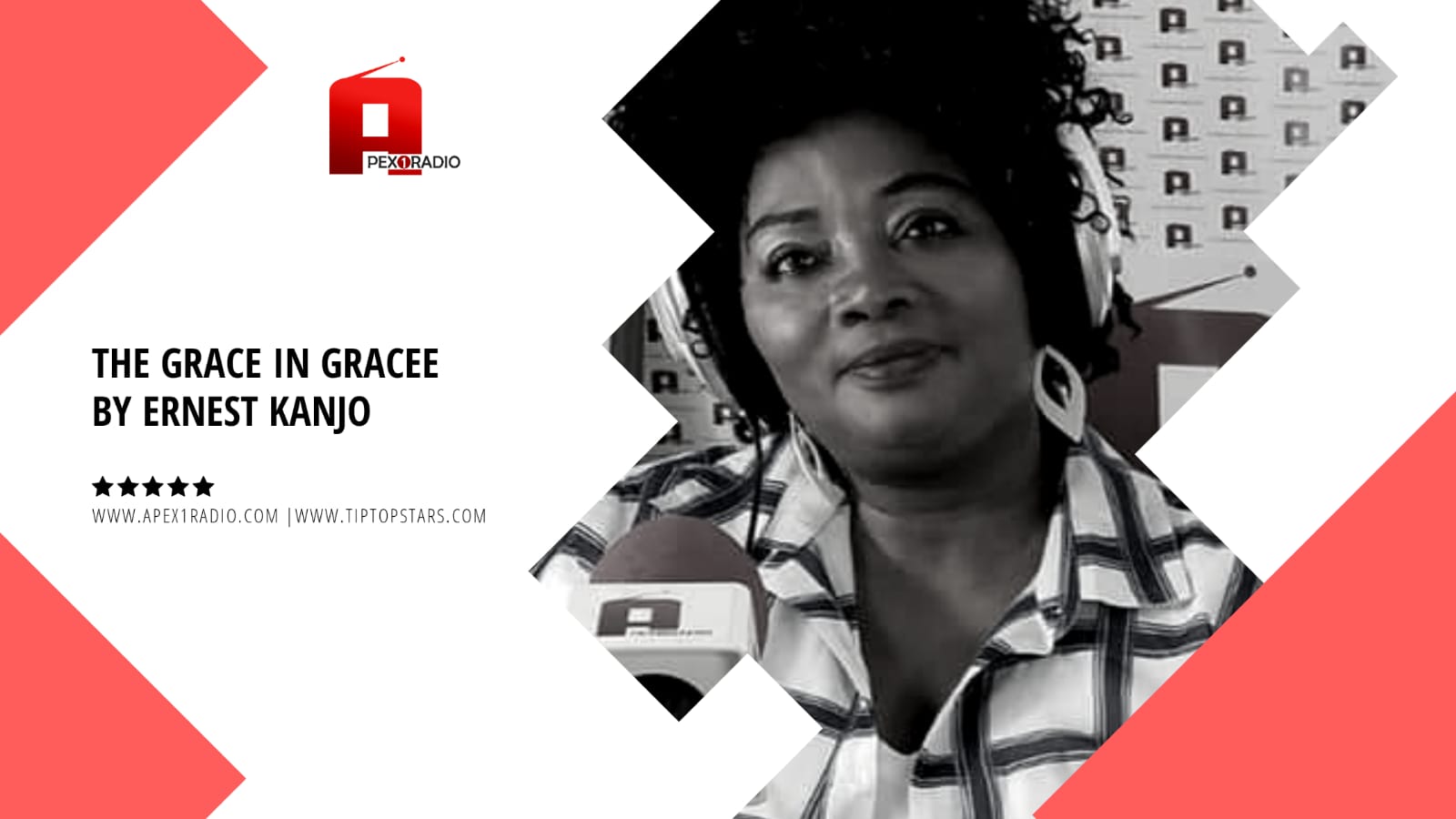 Outstandingly self-confident! Likeable! Not only one, two nor three next-on-the-line profilers of Gracee Boycee would have this description of this woman – everyone else who has known her would speak in unison. Gracee stems from a rare category of people whose passing around necessarily leaves an indelible mark and this has been  generally accepted to be so. You cannot take that away from her.

The first encounter in November 2013, between this writer and the now influential broadcaster, was revealing. It took the introductory lines of a conversation that was going to materialize, years later, in the most amazing collaboration, to identify in her, a trait most professionals who hunger for quality work would desire – do-it-to-success.

Coming from a legal studies background, Gracee’s aspiration, has always been to create several other backgrounds and she entertains no fears in venturing into the next big thing. That bold posture is what ferried the General Manager of Apex 1 Radio to embrace broadcasting which she now practises as a big hand, after more than five years in the noble world of radio. During this time, the amazing on-air personality has rolled out some of the most appealing radio concepts: MADAM DIASPORA (2015-2017), a radio panel discussion that put the records straight on African women abroad and their lifestyle and LIFE HAPPENS (current), a roundtable, offering multi-dimensional perceptions and perspectives on happenings in life.

Before starting what is today a brilliant career in broadcasting, the boss lady, as she would fondly be referred to, transitioned from Law, her roots, to Healthcare where she operated and still does, as a Nurse. “She only goes in for the noblest of the professions,” someone mentioned. But to this writer, Gracee jacks in everything and interestingly possesses of mastery of all.

Profession and career are not however the only armors around this great woman. Gracee’s life philosophy is so deeply rooted in positive mindedness. Her lens is fashioned to zoom on silver linings and her hurricanes take care of the dark clouds before they even show up. In her ceaseless ‘life must go on’ response to every situation, the chocolate complexioned CEO of Rhema Healthcare, believes that we absolutely need to move on than despairing over predicaments. “Falls happen because we can rise after they do – so don’t even waste a moment – rise and move on,” said the host of LIFE HAPPENS in one of her editions.

Perhaps, Gracee’s biggest identity, is her social interaction, described as superb. She is unarguably the leading l’amie de tout le monde (friend to all), not only in her community, but beyond boundaries. “Gracee is undoubtedly the biggest supplier of love and compassion in this community – everyone benefits from it, the young, the old, you name it,” one of bosom friends indicated at press time.

“I cannot go for a day without having at least, a phone conversation with Gracee. I get my regular doze of inspiration from just talking to her – she is such a sweet soul,” Atem, another confidant of the ever-jovial multitalented broadcaster told this writer.

Gracee’s unbeatable social interaction traits easily pave her way to event halls where event organizers long for her emceeing. “Her excellent sense of humor is a great ingredient to her presentations and we just love having her around to do our events,” one of them told this writer.

To the God-fearing Nigerian (proudly Calabar, Cross River State), also a US citizen, it takes simplicity, humility and being nice to the people you meet, to live a great life. By the mighty hand of God, she can consolidate these and largely the reason she is on her feet, smiling all the time and intrinsically admired by everybody.