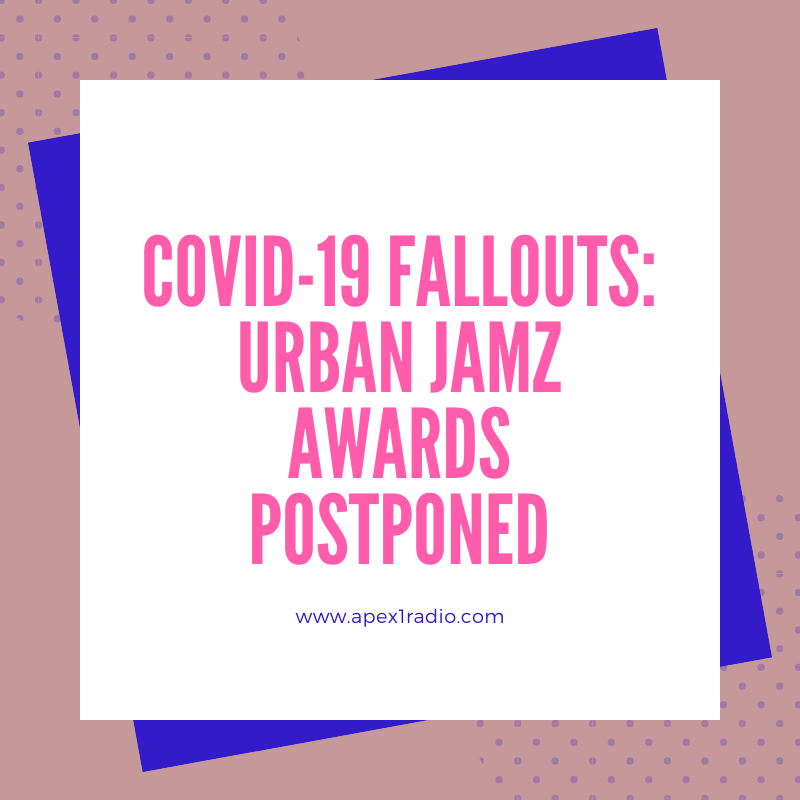 The 2020 edition of the Urban Jamz Awards, UJA, has been postponed. Originally scheduled for Friday, March 20 in Douala, Urban Jamz Awards 2020 will take place on a later date to be announced.

According to its founder and President, Valery Atia, the decision comes on the heels of the Coronavirus outbreak which has clipped the wings of the world. “And the subsequent lockdown by the government to reduce and manage its spread,” he adds, in a press release, Wednesday, March 18.

In a considerate tone, the Urban Jamz Awards boss insists that the safety of participants, including artists, music fans and organizers, is primordial. He however advises potential UJA 2020 attendees to hold on to their tickets and reservations till that time when the event will take place. “Information regarding the new date will be announced,” the release reads on.

Created in 2016, the Urban Jamz Awards has become the leading music recognition platform in the Central African sub region. The annual event identifies and rewards actors who display excellence in music production including singers, dancers, managers, music video directors, bloggers, etc. All had been set for the fifth edition with expected performances from frontline artists such as Daphne, Salatiel, Charlotte Dipanda, Mr leo, Magasco, Blanche Bailly, Locko and Blaise B.